To the Lyrical Soul of Yours…

To the Wonder is Terrence Malick’s visual poetry on the mysteries of love and human soul. A review by MOHAMMED NOUSHAD.

Certain films allow you to read many layers of a life articulated using a loose storyline but its eloquent poetic narrative. In a sense, they are easy to interpret and very difficult – almost impossible – to review. Terrence Malick belongs to that rare species of filmmakers who keep us engaged in their frames despite the complexity of their craft.  He is noted for “stream of consciousness” which is employed in his films in an enigmatic, if in a fully confident and often unbetraying, fashion.

To The Wonder reminds us of his previous work The Tree of Life; some shots even making the effect of watching a sequel. But, this is a completely different movie. Yet, we know all human stories are invariably the same: about searching and finding or not finding. Terrence Malick brings absolute pain and poignancy to his frames, mostly with a touch of infinity of the nature or the civilizational jungles we stupidly create and cherish. His wide angle shots and bold montages, almost always with a promise of limitlessness and a mix of meaning and mystery, often remind us how small, lonely, unwise and insignificant we are.

With a highly atypical and idiosyncratic style of film making, Terrance Malick is obsessed with his camera’s endless and constantly unstable movements. And his cuts are provokingly abrupt. Like all masters, he lets us enter his characters’ souls through metaphors. And his most compelling metaphor, one cannot miss to notice, is the light entering one’s face or eyes or a room or the patches of a landscape, through some cracks or windows or doors or even clouds. In many shots that follow one by one, you see a shining sun peeping through green leaves or dry branches. Or an oft-repeated presence of a street light track-shot in low angle. 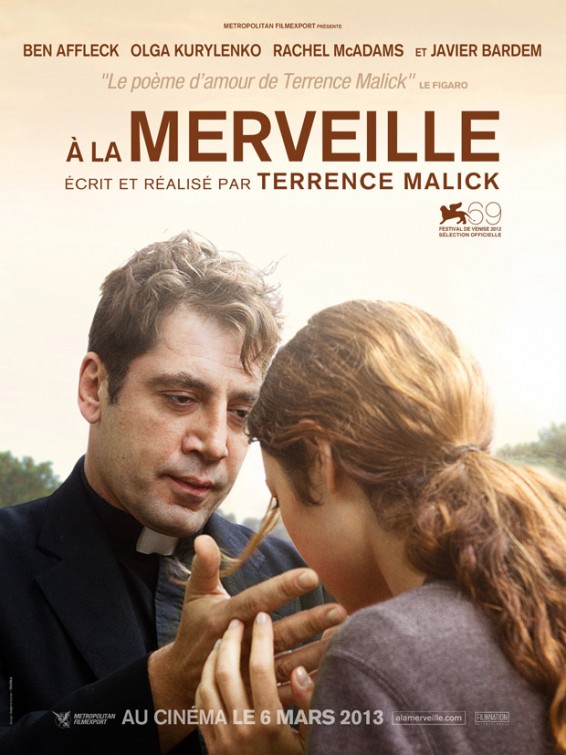 The film is a visual contemplation of human relationships, faith, doubt, love, lust and seeking. You find many humans who struggle between love’s gain and loss. The way humanity creates meaning in life is different from person to person. The male protagonist, Neil (Ben Affleck), is struggling between two women, somewhere, and then between his intimacy and indifference for one single woman. The female protagonist, Marina (Olga Kurylenko), says to the priest that she wants to be Neil’s wife, despite her 10 year old daughter and the unhappy marriage she had with another man who has long abandoned her for other women.

Neil was an incredibly loving man, she rightly believed. But that exactly was his problem. His love, he couldn’t confine to one woman. As soon as he let her leave – she would have stayed if he had asked her to – Neil falls in love with another woman from his childhood and he doesn’t hide it to Marina either. However, it doesn’t last for long. Certain relationships end when we physically part. Certain bonds are otherwise. They grow in absence. The farther you go, the closer you get.

The priest, Father Quintana, soulfully played by Javier Bardem, is another remarkable human being in this film. He has very profound struggles within his spirit, never precisely put in words. He is apparently in a search that his current vocation or faith doesn’t help him to finish. Like all of us, in fact. His beautiful sermons about love, marriage and Christ, rendered in a voice that is very sincerely intimate to one’s inner self, releases the listener towards peace and wisdom, though the speaker himself is not at ease with himself. This narrator, or a series of narrators, is nothing new to Malick’s film making pattern. He takes his films’ sequences ahead through these lyrically manifested voiceovers. 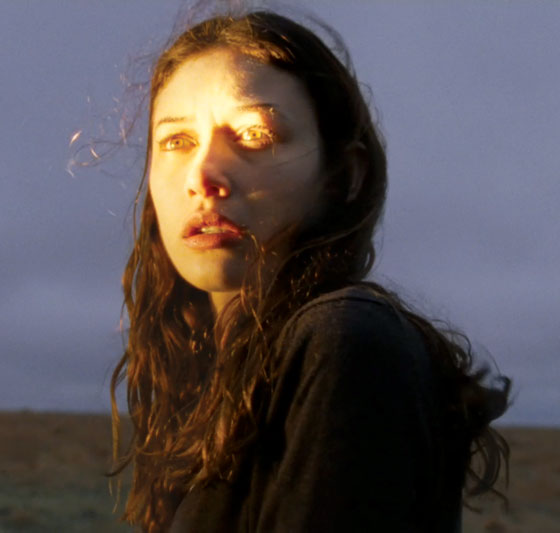 The conflicts arise in the relationship of Neil and Marina quite unexpectedly. With no elaborate reasons, yet perfectly convincing. Malick’s characters, particularly his female protagonists, are so charmingly sensitive that you take them for granted. That’s how he talks about love’s unending capacity to painfully fade and then gracefully regenerate. It’s like the river the priest exemplifies, “there is a love that is like a stream that can go dry when rain no longer feeds it. But there is a love that is like a spring coming up from the earth. The first is human love, the second is divine love and has its source above”. And he prophesies, “you shall love, whether you like it or not”.

What Marina says in the opening scene of the film is an indicator: “Newborn. I open my eyes. I melt. Into the eternal night. A spark. You got me out of the darkness. You gathered me up from the earth. You’ve brought me back to life.” That’s what love eventually does. It does save us from drowning into the ever engulfing ocean of despair, hopelessness, faithlessness and gloom. It teaches us that life is a dream and in dream none can make mistakes. As the priest strongly admonishes, love insists on our making choices. For, those who avoid choices are cowards. To choose is to commit yourself to the risk of failure, sin and even betrayal. Because, there is light and forgiveness on the earth, as long as there is love. To The Wonder is a quintessential Terrance Malick visual poetry.

The film’s trailer can be seen here: https://www.youtube.com/watch?feature=player_embedded&v=NTAzcTZTY1g